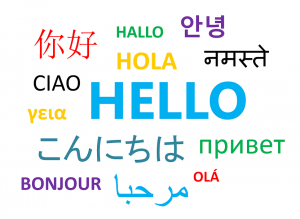 Out of 325 million residents in USA, about 235 million people are English language native speakers. Remaining 90 million people may be able to communicate (well or somewhat) in English, but it is not their native language.

Millions of people in the USA can hardly communicate in English and entirely rely on talking to someone who can speak their native language.

Hispanics form about 17% of the nation’s total population. When it comes to debt collections, it is essential to hire a collection agency who can send “Collection Letters” in both English and Spanish. Additionally, they should have a few “Debt Collectors” in their call center who can speak Spanish as and when needed. Support for other languages may be a bonus but not mandatory.

The bilingual staff of a Collection Agency should know and adhere to all regulations of FDCPA and applicable collection laws. Collectors should be able to inform the debtor that the call is from a debt collector, and they are calling to collect a debt, talk about the debt, negotiate repayment plans, take payments over the phone, explain consequences of not paying and even answer his questions, all in fluent Spanish.

If an English speaking debt collector tries to communicate with a Spanish speaking debtor, it can sometimes anger both parties, lead to unwanted compliance issues, lawsuits and achieve lower collection rates. For a debtor to understand his obligation to pay and the consequences of not paying, it is essential to communicate in a language which the debtor understands appropriately.

There are many education centers, financial institutions like banks & credit unions, pay-day loan centers, doctors, dentists, schools and phone companies who cater primarily to Spanish speaking individuals. A bilingual collection agency is mandatory for them.

Contact us if you are looking for a Collection Agency which has Multilingual/Spanish speaking recovery agents.