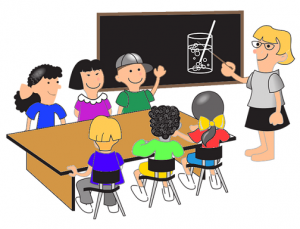 Families across the country struggle with paying for their children’s lunches, and so do schools. The Healthy Hunger-Free-Kids Act of 2010 took a look at school meal debt and required districts to come up with a plan for unpaid meal fees, but there aren’t any standards at the federal level for what states or districts have to put in their policies, and there aren’t any basic protections for children or families.

Schools have resorted to identifying students who can’t pay for their meals at school with wristbands or hand stamps, or publishing lists of students who haven’t paid to get the unpaid fees. One district in Rhode Island stopped offering cheese sandwiches just to kids with lunch debt and began to offer sunflower seed butter and jelly sandwiches as those were available to all students as a way to tone down the lunch shaming. Some older students weren’t able to go on field trips or take part in dances or other activities if they owed money. One district in Pennsylvania sent letters to parents of 1,000 students that said the parents could have to go to delinquency court and that their children could be placed in foster care. Despite lunch shaming efforts schools are still wallowing in debt because students can’t or don’t pay for their lunches. Lunch shaming is viewed unethical by most parents and is not the best way to recover money.

What is the Problem for Schools?

The reasons parents don’t pay for their children’s lunches vary significantly from not being able to, to not qualifying for the free and reduced lunch program but still struggling to feed their children, or perhaps just forgetting to pay. Still, these reasons stack up financially for schools, and they end up with a significant amount of debt.

Schools are required by the federal government to find a way to get unpaid balances paid, but it doesn’t specify how. This caused more lunch shaming issues to pop up when the requirement was made before the 2017-2018 school year. Schools are under a lot of pressure to handle their school meal programs themselves, and over 75 percent of the schools in the National School Lunch Program had some kind of meal debt during the 2016-2017 school year.

A superintendent of schools in Oregon, Tim Sweeney, oversees schools in the state’s poor South Coast, and his district is in the red because it feeds all of the district’s students. For his district, it costs about $25,000 a year to do this, money which he said could be spent on textbooks. Schools in Warwick, Rhode Island had a debt of $77,000, and $12,000 of that was owed by families who qualified for free lunches, but their charges happened before their applications were approved.

One problem that has arisen is that the United States Department of Agriculture has suggested a new rule that can change how states determine who qualifies for the Supplemental Nutrition Assistance Program (SNAP) program, which helps low-income people with money every month for food purchases. Children make up 44 percent of SNAP beneficiaries. This rule change could affect students who are automatically eligible for the free and reduced lunch program if they are in a SNAP household. Should enough students at a certain school not qualify for SNAP, the school would no longer be able to participate in the free and reduced lunch program, which could further increase their meal debt.

What Can Be Done?

The federal Community Eligibility Provision empowers schools in high-poverty areas to give meals to students at no charge, and this gets rid of school meal debt and ends shaming of students. This program also cuts down on the paperwork families and schools have to deal with for school meal applications. In the 2018 to 2019 school year, about 28,500 schools took part in the program, but many eligible schools have not opted. Between the 2017-2018 and 2018-2019 school years, participation in the program increased by 14 percent. The number of children participating is around 13.6 million across the nation, but expanding participation in this program can cut down on school meal debt.

Chicago, Dallas, and New York City are large cities that offer free breakfast and lunch to all students, and Oregon is one state expanding its free and reduced lunch program to all students throughout the entire state. The state is doing this with a school tax package, and it includes a $1 billion annual investment to up student performance and will be accomplished with a half percent business tax increase. The program will help make sure that over 60 percent of the 580,000 public school students in the state are included. In this program, children from families that have annual incomes of up to three times the federal poverty level, which is $75,000 for a family of four, would be able to eat for free at school.

Cranston, Maine is another place with a lot of lunch debt in the school systems. That district had a debt of about $90,000 and began working with a debt collector to get the money paid. Families’ credit scores aren’t affected, but it helps to put the pressure on families to pay. Some, school collection agencies can send 3 collection letters for $6, which we believe is a steal and an amicable way to recover debt.

Many families that could qualify for the free and reduced lunch program are not signing up. Schools can ratchet up their efforts to get families that qualify enrolled. As previously mentioned, $12,000 of a $77,000 school lunch debt in Warwick, Rhode Island was attributable to students whose lunch charges occurred as their applications for free and reduced lunch were being processed.

Eligibility misunderstandings, language barriers, and not wanting to share data may make households not want to fill out and turn in applications for free or reduced meals. All districts should make the application available in all languages represented in the district, and using web-based applications can also be an option to increase convenience for some families. Families should also be reminded to fill out applications any time during the year.

Parents with more information about SNAP may be more likely to participate in the program. Providing information to parents about SNAP benefits and helping them to apply can bring more families into the SNAP program, thus making them eligible for free and reduced lunches.

When a student’s debt begins to accrue, schools can better keep families posted about meal account balances with texts and emails. This can be done even when balances are low. When debts begin to accrue, it may mean there has been a change in household finances, and it is a good time to reach out to families to help them see if they are eligible for the free and reduced lunch program.

Get Rid of the Ability to Buy Competitive Foods.

According to the Food Research and Action Center:

Use the Application Submission Date

At the start of a new school year, school districts can carry over a students’ eligibility for free or reduced-price school meals for up to 30 operating days or until a new eligibility determination is made, whichever comes first. School districts are required to do this for students who attended the district the previous year. USDA encourages school districts to carry over eligibility for 30 days or until a new determination is made (whichever comes first) for new students who were certified for free or reduce-price school meals by the previous district.

Among the lunch shaming news stories are stories of individuals making sacrifices to help pay down lunch debts at their local schools. Schools can also take the lead and do fundraisers as they do for field trips, new sports equipment, and other items they needs to pay down their debt. This could be done in a number of ways, resulting in creative ways to get the schools’ lunch debt under control.

New Mexico eliminated lunch shaming and made schools enroll eligible students into the federal meal program if their parents haven’t with a new law in 2017.

Schools across the country are drowning in meal debt, and taking action at both the local and state levels could significantly reduce the debt the schools incur and put an end to lunch shaming.