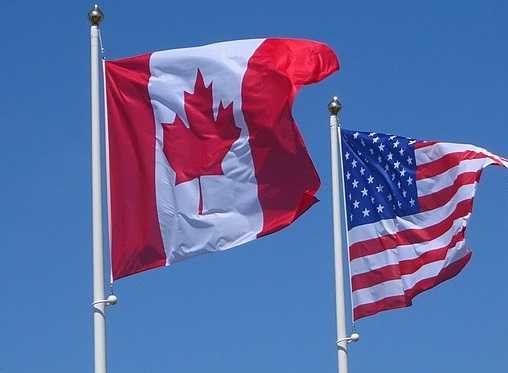 Oh, Canada! A land you may one day wish to call your home. Americans have had tons of reasons for wishing to call a new country home in recent years. With a lower quality of life, few benefits to promote a healthy work-life balance, political unrest, and crippling healthcare costs, many Americans just want out.

Canada is certainly a beautiful country, but the beauty goes much deeper than just the surface. There are tons of reasons why Canada makes such a great place to live. The country is one of the safest places to inhabit, the people are known for their friendliness, and the healthcare is free. You heard me right- free! Sometimes, the country feels almost too good to be true.

Why You Should Move to Canada

This is a big one for Americans, considering a ridiculous amount of US citizens have skipped seeking medical attention for fear of being unable to afford it. In Canada, healthcare is funded by the government. There are some health-related things you would have to pay for, such as dental work. However, the majority of health-related costs from hospital or regular doctor’s visits are covered by government insurance, allowing Canadians to seek help for their ailments without fearing they will fall into debt.

The United States has an estimated 13 times more debt than Canada. This means that the United States is 13 times more likely to fall into a fiscal crisis, a worry that has already been brought up this year at the mention of a possible government shutdown. As the United States’ debt continues to rise out of control, worries of a recession are playing in everybody’s mind. Canada has much lower debt, leaving them in a safer position than the US.

Regardless of the fact that Canadians only pay a slightly larger amount in taxes than the US, they receive much more bang for their buck. With their taxes, Canadians receive free healthcare, amazing public services, and high-quality education that is cheaper compared to USA. When COVID hit, Canadians were granted a regular stimulus check, something no United States citizen can claim happened in their country. So, while the taxes may be higher, they work more directly to help the citizens of Canada.

Canada works to ensure that its citizens are given ample opportunities for employment. For example, Ontario requires the government to reach out to workers who have been laid off to help set up an action plan to get them working again. Parents are granted government assistance to help them get the right amount of parental leave to adjust to their new baby.

On average Canadian employees work 7 hours less than Americans per week. According to a Gallup article, Americans worked an average of 47 hours per week while Canadians worked only 40. While those seven hours may not seem like much of a difference, they combine to take up an enormous amount of time. Canada also requires employers to offer at least 10 vacation days per year- a huge amount compared to the United State’s requirement of zero.

In Canada, holidays like Canada Day are paid days off for every employee. In the United States, however, there are no holidays In which employers are required to pay their employees. This means that holidays that cause stores and businesses to close for the day may cause some American employees to lose much-needed money.

The United States is one of only a few developed countries that does not offer a paid parental leave at any time. Meanwhile, Canada offers parents at least a partial income for up to a year in order to grant families the chance to adjust to their new child. The U.S. also offers 12 weeks of unpaid maternity leave, which is often needed to be cut short if the mother needs to continue making money to live. Meanwhile, Canada offers a total of 76 weeks of maternity leave with benefits.

It is a Truly Beautiful Country

Canada is a truly beautiful country full of natural wonders like majestic mountains, racing rivers, and lush forests. The country is so large that an immense amount of its beauty has been left unscathed by human feet.

The life expectancy, happiness levels, and overall quality of life are higher in Canada than it is in the United States. This could be due to Canadians having free healthcare. Maybe it’s because they are granted a healthy work balance. It could also be the general accepting and friendly nature Canada is so well known for. Either way, Canadian quality of life is known to be higher than that of most Americans. Canada-living is a peaceful, happy living that promotes feelings of calm and content.

Canada has a program known as the Federal Skilled Workers program. Under this program, specific occupations are qualified for fast track entry. These jobs cover a wide variety of jobs like medical, management, and more. As Canada’s economy continues to grow, so do its opportunities for employment. Because of this, a large number of expats seek the comfort of the Canadian job market to put their skills to use.

Canada is Known For its Tolerance

According to the HSBC Expat Explorer Survey, Canada ranked at the number one spot for tolerance and acceptance. The country is known for its open-mindedness, making it a great place to migrate your family to.

Canada is known for two things: its friendliness and low crime rates. When you combine the two, you get a homeland that feels safe and comfortable to live in. According to a survey conducted in 2017, there were only 660 murders that took place in the entire country. That number is comparable to many states alone in the United States. Don’t even get me started on the murder count as an entire country. The few crimes that do occur are typically handled quickly and efficiently by the police in Canada. So, while Canada may still have crimes, the crime rate is significantly lower than that of the United States.

Unlike Americans, Canadians do not have a constitutional right to bear arms, therefore lesser guns in the society translates to negligible gun shooting incidents.

Canada has incredibly high-quality education systems, allowing them to place in one of the highest spots amongst the countries for math, science, and reading. They are also well-known for having amazingly high-quality and affordable universities throughout the country.

The People Are So Friendly

Have you ever met a Canadian who was rude for no reason? Canadians pride themselves on being polite and friendly to everyone they meet, which is exactly why the country feels so welcoming to those looking to explore it.

Canada is truly a melting pot of different cultures stirred together to form a beautiful community. A large amount of Canadians are migrants, meaning that schools are full of a beautiful mixture of cultures from around the world.

If you take Canadian citizenship, you can keep your US citizenship because both countries allow dual citizenships. Many H1-B immigrants from overseas countries like India and China, have to wait for about 10 years to get US green card (pathway to citizenship), however in Canada PR (permanent residency)  takes just about a year.

The Cons of Moving to Canada

While Canada is an absolutely breathtaking and amazing country to consider moving to, it also has its downfalls. Nothing and nobody is perfect, so let’s cover some of the cons that may arise when moving to the beautiful country.

The Weather Can Be Harsh

While Canada’s beautiful landscapes are a wonder to look at, the country can have some incredibly harsh winters. Immigrants who are from the southern states especially may struggle to adjust to the bitter cold and pesky snow that accompanies Canada’s cold weather months

It Can Get Expensive

Many migrants from the United States may find themselves appalled at the cost of living out in Canada. With high tariffs raising the prices of everyday goods and costly homes, the money can add up… fast. It is not uncommon for Canadian states and cities to rank high on the list for some of the most expensive places to live in the world.

The thing about the wonderful social services, government-paid maternity leaves, amazing school systems, and free healthcare we talked about in the benefits section is that they all have to be paid for somehow. Taxes are used to fund these programs and keep Canada a high-quality country to live in. Migrants from the United States, however, may have issues adjusting to the high tax prices as they adjust to a country with more help from the government.

You Might Miss Some of Your Favorite Stores and Products

Far From Your Family and Friends

As an American, it may prove to be difficult moving away from everybody you know and love. As you work to adjust to a new country, with a slightly different culture, and completely different cost of living, you may begin to feel lonely and a bit homesick.

Canada can be an amazing country to live in. It is a serene, peaceful, and beautiful country. What’s stopping you?