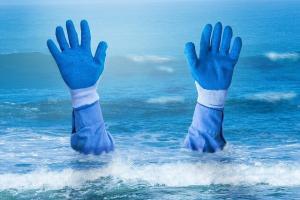 The current COVID-19 pandemic and the drastic measures that governments undertook to slow the disease’s spread have devastated the global economy.

Unemployment climbed precipitously in the pandemic’s early months. In the United States, it peaked in April at 14.7%, wiping out the previous decade’s gains in a matter of months. Businesses around the country and the globe were forced to close, with many remaining so today, or operating at a fraction of their average volume. The “default clause” is the most important part of your commercial lease agreement and will help to get a judgment to evict the tenant and recover your dues.

The financial pressures have triggered feverish increases in the number of loan impairments for residential and commercial real estate loans. The more impaired a loan becomes, the greater the chance that the borrower will default, causing partial or total losses for the lender.

Before the 2008 financial crisis, CRE’s made up nearly 50% of many smaller banks’ portfolios, and that number remains elevated above comfortable levels today. If economies stay restricted through the end of the year, or longer, the number of CRE defaults could balloon, triggering dangerous losses at all levels of the banking industry.

In response, lenders are moving into defensive positions, putting aside record amounts to cover potential losses. The largest lender in the U.S., JPMorgan, designated a $6.8 billion credit reserve to overcome the possible downturn. Other banks are following suit.

These reserves will keep them solvent for the first round of defaults, but questions remain regarding the future if current trends continue. Both large and small institutions are putting measures into place to minimize losses. Only time will tell if they are successful.

The Difficulties of a Delayed Reaction

Historically, delinquency and default rates are time delayed, adding to the uncertainty faced by financial institutions.

For example, the 2008 global financial crisis began in 2007. It wasn’t until September of 2008 that the first bank failure occurred. At that point, commercial and multifamily loan delinquencies hadn’t moved much from their resting state of .6%, reaching only 1%. It wasn’t until 2010 that delinquencies peaked over 4%. From there, it took nearly six years for the delinquency rate to return to pre-crisis levels.

Fast forward to the current recession. As of the second quarter of 2020, commercial and multifamily loan delinquencies were still below 1%. The question commercial lenders are trying to answer is how closely delinquency and default trends will follow the last crisis.

If we don’t see the full extent of the damage for another year or two, lenders need to position themselves now to minimize their exposure. Those institutions that are most aggressive in their defensive measures will likely avoid losses at higher than average rates. So what can they do?

How Institutions Can Limit Their Losses

There are several options open to commercial lenders. First, they’re moving to help current borrowers stay out of delinquency. Many are offering to renegotiate due dates and extend payment deadlines on their lease. These short term measures help businesses through the shutdowns, allowing them to delay payments until they can reopen and generate appreciable revenue again.

However, the strategy’s effectiveness depends on how long it takes for businesses to reach solvency. The longer that restrictions last, the less likely it becomes that companies will find their footing in a reasonable amount of time.

In response, lenders are making it more difficult for businesses to qualify for new loans. This limits their exposure on new lending. Borrowers with lower credit ratings likely won’t qualify at all, while higher-rated customers may find their borrowing power reduced.

This tightening of the credit market should help offset long-term losses. However, in the short term, limiting access to emergency credit could worsen conditions for many businesses, edging them closer to bankruptcy.

To forestall defaults, lenders may find themselves helping businesses take advantage of relief efforts offered by the federal government. Maintaining their clients’ liquidity over the next 18 months may allow banks to avoid the worst predictions for accumulated losses.

The reality is that no one knows what will happen. If a viable vaccine becomes available by the end of 2020, business, as usual, may return relatively soon. But even in that most hopeful of outcomes, it’s unclear when consumer spending will return to pre-crisis levels.

Lenders must entrench, lend conservatively, and work to protect customers in the most vulnerable markets if they want to come out less battered and bruised on the other end.