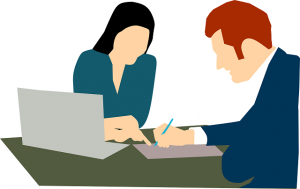 If you run a business today, you’ve likely used the services of an independent contractor at one point or another. Maybe your business had a temporary need for a specialized skill, so rather than committing to a full or part-time employment relationship, you paid an individual under a contract for services. This arrangement has been commonplace for many years, especially when it comes to engaging services for technology projects or financial work, such as coders or bookkeepers.

The ever-growing gig economy, however, has opened the floodgates. Now, businesses of any size have their pick of qualified individuals to handle almost every conceivable project or task. The popularity of apps and platforms such as Fiverr, Upwork, Wonolo, SpareHire, Freelancer, and others makes the process of finding temporary workers easy. But, that is not to say that using independent contractors and gig economy apps is completely hands-free. From the proper structure of the independent contractor relationship, to taxes and regulations on the horizon, here is everything your business needs to know about using independent contractors and gig workers.

However, the contract you use for an independent contractor relationship is crucial for several reasons, and therefore should be given more attention than a mere Google search. A contractor agreement provides clarity and legal protection in the following areas:

To some, the most important distinction between being an employee and an independent contractor is how income taxes are handled. Employers are required to withhold taxes from employees and pay their portion of social security taxes. Independent contractors get paid per the terms of the agreement and handle their taxes on their own, just like a business pays other vendors for services without concern about tax withholding.

Status as an independent contractor is not determined by a label or name. You cannot simply call your executive assistant and independent contractor and avoid the tax and other obligations related to employment. The key considerations are direction and control, the character of work and training, and such matters as whether or not equipment is provided. In other words, if someone works for you with set hours, an hourly rate, and you control their work like you would any normal employee, then no matter what you call the person, they may be your legal employee.

This situation has also given rise to current and proposed protections for gig economy workers and independent contractors. In 2019, California enacted a law that reclassified many app-based workers as full-time employees. The goal of this law is to protect app-based workers such as those who drive for Uber, Lyft, Grubhub, and other services, but the protections can extend to gig-based workers such as freelance writers, coders, graphic designers, and other professionals. New York is also proposing a similar statute that aims to protect workers in the gig economy.

The takeaway? Tread lightly and carefully when classifying workers as independent contractors. Make sure you have a strong and well-thought-out independent contract agreement and consider investing in the services of a business law attorney to ensure that you are complying with all laws and regulations.